Naples, Fla. (January 20, 2017) – Broker analysts who analyzed the Annual, 4th Quarter and December 2016 Market Reports released by the Naples Area Board of REALTORS® (NABOR®), which tracks home listings and sales within Collier County (excluding Marco Island) concluded that the local real estate market performed well in 2016 despite several unpredictable market influencers that impacted the housing market such as the February stock market slump, a low Canadian exchange rate, Brexit and Zika fears, and the presidential election. Brokers agree that factors appear to be in place for a good market in 2017.

“The 2016 year-end report indicated that we started the year with an inventory shortage but ended at a level that positions us to see sales escalate in 2017,” said Bill Poteet, owner and broker at Poteet Properties.

According to Coco Waldenmayer, a managing broker at John R. Wood Properties, competition from new home developments in 2016 played a role resulting in fewer sales of existing homes in 2016 compared to 2015, which was a very strong year. “The report showed the highest number of closed sales in 2016 occurred in the North Naples area, which is also where a rash of new home development is taking place.”

“With a surge in inventory from new construction, buyers had more options in 2016,” said Adam Vellano, West Coast Sales Manager for BEX Realty Florida. “Unfortunately, developers and builders of newly constructed homes in Collier County do not fully utilize NABOR®’s MLS [Multiple Listing Service]; and therefore, the Market Report, while useful as a tool to track resale market performance, does not capture or reflect a clear picture of what’s happening in new construction.”

The NABOR® Annual 2016 Market Report provides comparisons of single-family home and condominium sales (via the Southwest Florida MLS), price ranges, and geographic segmentation and includes an overall market summary. The NABOR® Annual 2016 sales statistics are presented in chart format, including these overall (single-family and condominium) findings:

As noted by Jeff Jones, Managing Broker at the Naples-Park Shore office of Coldwell Banker®, the Report showed a 14 percent increase in days on market for year ending 2016. He went on to explain that “the number of days on market is influenced by median closed prices and closed sales activity. By the last month of the year, the overall days on market decreased 8 percent [to 88 days in December 2016 from 96 days in December 2015], and we didn’t see a rise in median closed prices during December either. I think this shows us that sellers are beginning to heed their REALTOR’s recommendation to list their property at a reasonable market price initially rather than to start high and then go through two or three price reductions. Priced correctly, properties will move in a reasonable length of time.”

“As pointed out by Tom Bringardner, Jr., President/CEO of Premier Commercial, “The first wave of Baby Boomers to hit 70 years old will take place in 2017, and Southwest Florida has traditionally been a very desirable place for those people to retire or purchase a second home. There are over 75 million boomers and that group represents a lot of potential housing demand.”

Brokers who analyzed NABOR®’s Market Reports in 2016 predicted that inventory would rise and they believe our inventory of existing homes will continue to increase in 2017. These knowledgeable brokers advise homeowners who plan to sell in 2017 to seek guidance from a Naples REALTOR® who knows the local market and can help you price your property correctly. A REALTOR® can also identify properties best suited for buyers and negotiate a purchase price that fits any budget. Discover more at www.naplesarea.com. 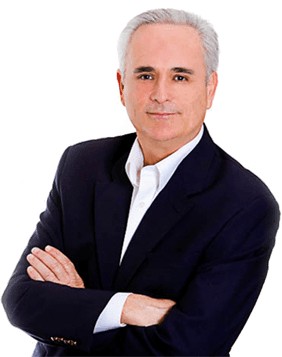